Stop The Shadow With Frank Turner And Friends 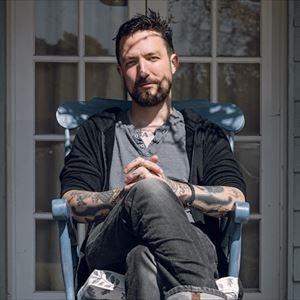 This event is for 18 and over - No refunds will be issued for under 18s.

On 18 January 2023, ABLE2UK will host a huge event in central London to launch a nationwide campaign highlighting the rarely talked about issue of loneliness within the disabled community.

The #StopTheShadow campaign has received the backing of a number of high profile celebrities urging the government to make disabled awareness, and the subsequent issues which are endemic to that community, compulsory within the national curriculum.

At 6pm on January 18th
a short film, starring some of the biggest names in the entertainment business, will be broadcast on the huge, internationally renowned, advertising screen in the heart of Piccadilly Circus.

Once the screening has concluded, NEIL MORRISSEY, one of the UK’s best loved actors, star of Men Behaving Badly & The Line of Duty, will host an evening of live music and discussion at the legendary Hard Rock Cafe, Old Park Lane, London.

Comedian CHRIS McCAUSLAND will also join Neil onstage to talk about his incredible journey to become one of the UK’s fastest rising stars ahead of his new Channel 4 travel show
The Wonders of The World That I Can't See.

of the Year that same year.

Speaking about the event Howard Thorpe, CEO & Founder of Able2uk says: ‘The Stop The Shadow campaign tackles a very taboo subject which needs to be addressed. Thousands of disabled people feel isolated, lonely and excluded from social events. Despite today’s generation being aware of the physical needs of people with disabilities, such as accessibility etc,

when it comes to the emotional side of things, there is still a lot of work to be done. If we can educate our children from an early age about the problems, both physical and emotional, facing the disabled community, we can become a much more accepting and inclusive society. Over the past few years society has definitely acknowledged, responded and helped alleviate the physical barriers which disabled people routinely have faced, now it’s critical we focus on disabled people’s emotions!
It’s time to stop leaving them in the dark and Stop the Shadows.’

*Please note, step free side entrance will be available for those with reduced mobility*